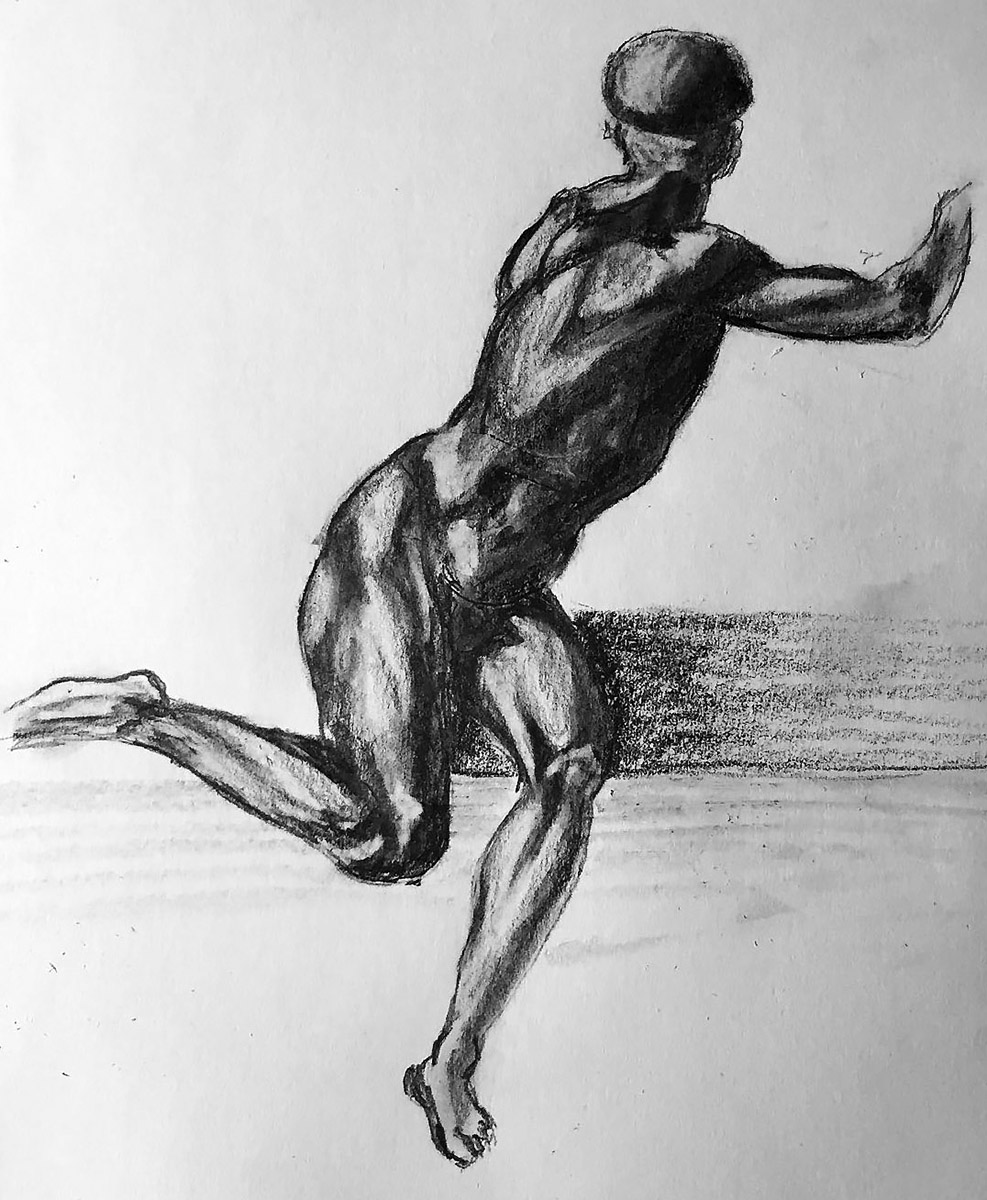 The next old master copy is of a black chalk drawing by Michelangelo Buonarroti. However, there is some doubts about whether it was actually drawn by Michelangelo himself. The drawing is a study for the central part of a fresco of the ‘Battle of Cascina’. Unfortunately, the work was never realized which I guess means it was never started or perhaps it was started and never finished. In the book I copied the drawing, it says it was done in black chalk. The British museum, where it is on display, states that it was done in pen and brown ink, brown and gray wash, and then heightened with white over leadpoint and stylus. It also states that the white is somewhat discolored. So either the book titled “Anatomy Lessons From the Great Masters: 100 Great Figure Drawings” is being overly simplistic or the British museum is being very British. It is really hard to say. Wait a second, I think I found out what the confusion is about. The drawing at the British Museum says the it was an experiment with different mediums that didn’t work out very well. It goes on to say that Michelangelo created other studies of the same subject in black chalk. I know what your thinking. I am writing about the wrong drawing. And you would be correct in your thinking. But in all fairness it does look very similar to the one I copied. Nonetheless, I made my copy with a pencil or to be more exact, a few different types of pencils. Moving on. The fresco was to celebrate the ‘Battle of Cascina’ and was to be displayed on a wall in the Great Council’s Florentine Room of the Palazzo Vecchio. Leonardo da Vinci was suppose to paint another work on the other side of the room to celebrate the ‘Battle of Anghiari’ which was another victory for the Florentine army. Leonardo’s painting was done with an experimental method that failed and was unable to be salvaged. Speaking of salvaged, I am unable to salvage this poorly written blog post.