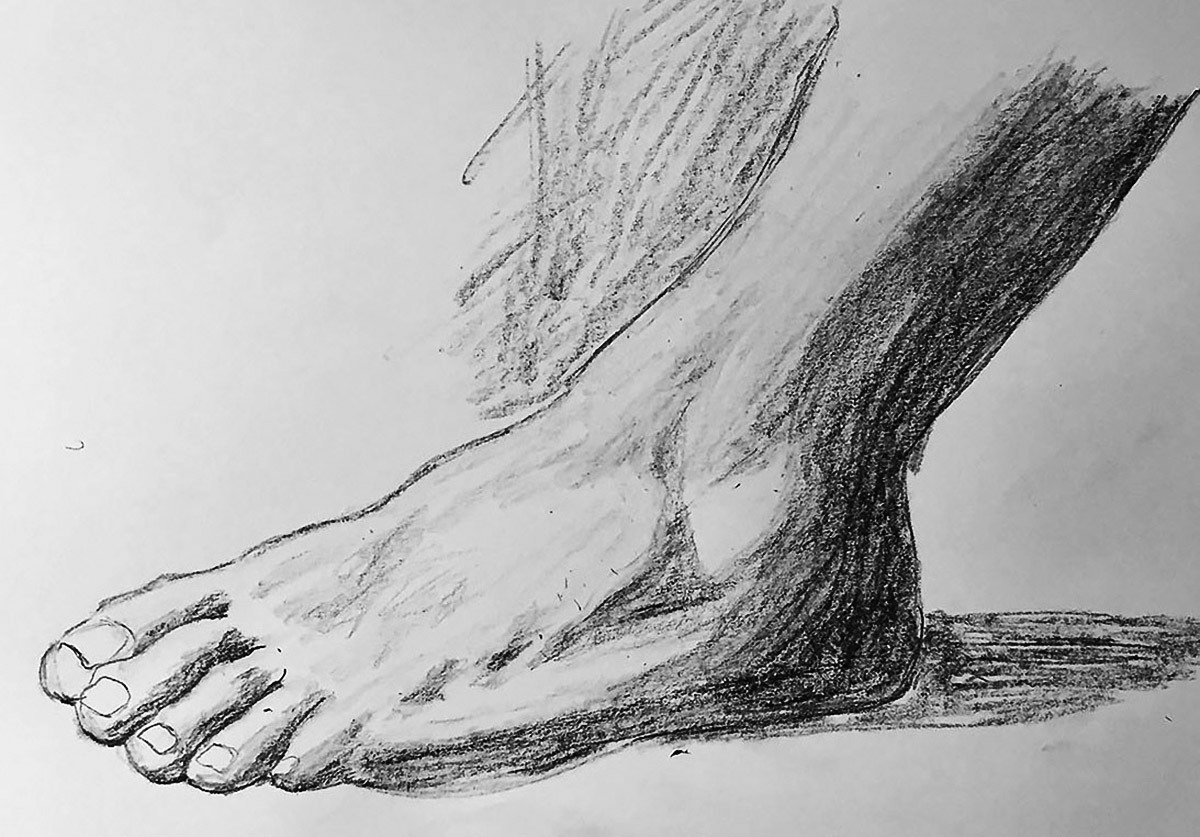 The next drawing on my old master copy marathon is a graphite pencil drawing of a foot. If it does not look like a foot then I have failed unless I wanted to confuse you then I succeeded. If I was trying to confuse you about what the drawing was but you could tell it was a foot then I have failed. My drawing is a copy of a work done in chalk by the 17th century Italian Master Domenico Zampieri or as he was known, Domenichino. Domenichino means little Domenico because, according to my well researched research he was a small guy. Yet he was a giant when it comes to 17th century painting. From the 17th through the 19th centuries, he was considered one of the greatest painters of all time, second only to Raphael. Domenichino studied art in Bologna under Annibale Carracci and became Carracci’s favorite student and assistant.

Domenico Zampieri, I feel strange calling him Domenichino, maybe he didn’t like that nickname. Moving on, Domenico was an excellent draftsman who carefully studied nature as well as ancient sculpture and then idealized his forms making them nearly flawless. He also created idealized landscapes that later influenced the great landscape painters such as Claude Lorrain and Nicolas Poussin. Domenichino was also a talented musician and architect. He was also incredibly well read. He believed art is a type of poetry. Some of his greatest work is at The Church of St. Louis of the French which is a Roman Catholic church in Rome, and also the The Last Communion of Saint Jerome altarpiece which can be found in the Vatican. Later in his life he was bullied by younger and perhaps jealous artists and he is believed to have committed suicide because of it.