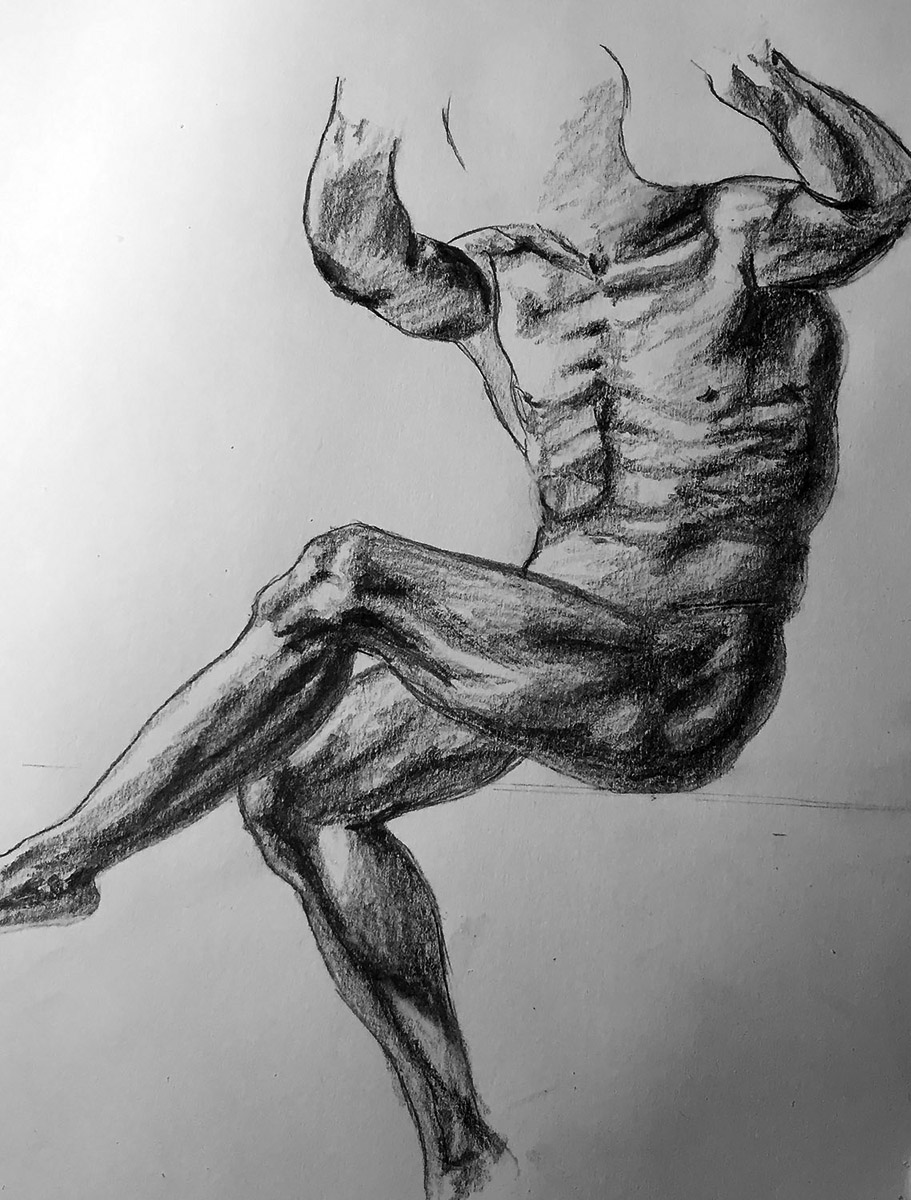 The featured image in this post is a drawing in various graphite pencils. Actually, I think only used one pencil. I think I used the “Prismacolor 14420 Ebony Graphite Drawing Pencil”. That’s right the old “14420”. You’re probably familiar with a number 2 pencil. Well the “14420” is not that. It is 7210 times darker than a number 2 pencil. (7210 x 2 = 14420) Please note: I not only have no vested interest in the Prismacolor company but I also know very little about the Prismacolor company and it’s products.
This drawing is a copy of a drawing in red chalk by Michelangelo Buonarotti entitled “Study for the Nude Youth Over the Prophet Daniel for the Sistine Chapel Ceiling”. The figure on the ceiling of the Sistine Chapel is located above Daniel and below “God Dividing the Water from the Earth”. According to Wikipedia: Daniel is, believe it or not, the main character in the Book of Daniel. Few people debate whether or not this is true. So the next time you are in a heated discussion over religion, you can both can agree that the main character in the Book of Daniel is in fact Daniel. As you can see this blog is not just about art but about healing the world in general.
Above the nude figure we were talking about is the scene of “God Dividing the Water from the Earth”. Apparently, according to Bible scholars, he divided the water to be either above the firmament or below. I can only assumed that he further divided the water between fresh, salt and brackish. I prefer to call brackish water either lightly salted water or even perhaps salt water with 50% less sodium.
On the second day, because we can all agree that dividing water is an all day affair, he separated morning and evening. Then he added lights to the firmament of heaven. It was then that he realized that he should have put up the lights first so he could see what he was doing. Perhaps then he could have put the lights up and divide the water all in the same day.